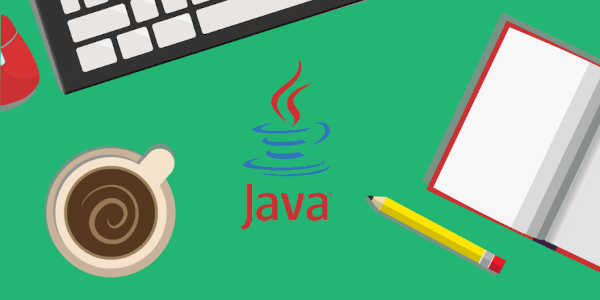 Programming and software development has become the foundation of the modern world. Without programmers, most modern technology would not exist as we know it. Programmers are very important, and Java is one of the most flexible, easy to learn, and widespread programming languages in the world. Most of the applications on your smartphone (if you use Android) are probably built in Java. This has caused a huge demand for Java programmers.

Through this article, we will explore what Java is, how Java is used, why it is used, and why you should learn it. We will look for the best way to learn Java, and we will also touch on some of the main resources that many beginners find very useful.

What is Java?
Java is one of the most popular programming languages in the world. It can be used on various platforms with many high-level programming language features. Various programmers use Java for all different things, including application creation, back-end website programming, and game development.

When compared with other programming languages, Java has many features including:

What is Java for?
Java is a very versatile language used for various things. Some of the uses are widespread, while others are very specialized.

There are estimated to be more than 3 billion devices that use Java in some form by the end of 2017. Almost every large company uses it, which causes a huge demand for java developers. With that in mind, let's look at some of the main things Java uses:

Web Application Development
Java is one of the languages of choice for back-end web developers. Java is flexible and allows them to build applications that can be scaled and easily maintained.

Applications in the Scientific Field
Java is also used by people in science to create data analysis programs and applications. Even though it's not as popular as Python, it's still worth noting.

Trading Bots
If you have ever tried to trade cryptocurrency, stocks, or forex trading, you must have heard of trading bots. This is an automated program that is sold to enable us to gain profits over time. Many of the best trading bots are built on Java.

As you can see, Java has various use cases. Some of the things described above are only the beginning. There are hundreds of different things done by Java by programmers all over the world.

Learn from the basics.
To become a reliable programmer, having a strong foundation in the Java programming language will be fundamental. It will indeed be more fun if we follow the tutorial, then just copy and paste code from others when building an application. But what does that mean? What understanding did you get? Learn from the basic, because with a solid foundation, understanding java will be strong.

Focus on learning.
The focus here is, not to move learning material. If you don't understand a chapter, then try to focus on understanding the material first, then move on to the next stage.

Next is commitment. One well-known motivator also stated that to achieve something, one must commit. Learning little by little until you understand the basics, every day, will be more effective, compared to directly learning for hours in a day. So try to take your time for example one hour or two hours every day to learn it. Don't make this a burden, make it a fun activity.

Make learning planning.
It would be nice if you have a plan or target to learn certain material. So that no material is missed. By doing so, you also become aware of your weaknesses in understanding the material.

Practicing solve the problem.
In the books or on the internet that you are referring to, there must be many examples of programming, from the most basic to the advanced level. It doesn't hurt, after you try one example of programming, try to make something new. Give yourself a problem, then try to solve it with your abilities. This will effectively train the algorithm in the programming flow.

Learn with coding, not just reading.
Learning something will be easy to understand if we practice it. The term is known as learning by doing. So it is not only limited to theory, therefore, you inevitably have to write the codes of the programming language, run the program, and correct the errors that occur.

Break if you tired.
The brain has a limitation in absorbing the materials studied. So if the mind starts to feel tired, stop advance your learning process. Give your brain a relaxed first. Continue back when the mind is fresh. This will maximize the process of learning a programming language.

Well, those are quick tips to learn java with no programming experience. The thing to remember is, there is no success obtained in an instant, everything needs learning first.

Login to quote this blog

You cannot quote because this article is private.